A team, a project, a fundraising initiative

We are a team made up of people from many different places (Uyghurs and Europeans) held together by ten years of organisational experience in Paris and in the rest of France. We are all volunteers, and beside the organisation we work as social science researchers, software engineers, teachers, business owners and employees in customer services. Our strength lies in this diversity of backgrounds and skills.

What do we need from you?

We need your help to open the European Uyghur Institute in Paris!

Following ten years of peripatetic experience in the voluntary sector, we have decided to establish a base in order to pursue our activities in the long term and in the best conditions possible. Our objective is to create a structure which is simultaneously genuinely inclusive, secular and strongly tied to the preservation of Uyghur culture in France and in Europe. In order to remain loyal to our principles the institute will be run mainly by volunteers and will be open to everyone interested in discovering and protecting Uyghur culture.

Why is it important to establish a Uyghur Institute today?

The Uyghurs are a Turkic speaking people of Central Asia who live in a huge region the size of France, Germany, Spain and the UK put together. Having been annexed by China in the eighteenth century, the region is at the crossroads of the turco-mongol, slavic, chinese and indo-europeen civilisations. In 1949, the People’s Republic of China took control of the region and launched a large-scale colonisation project which continues to this day. For decades, Uyghur culture and language have been the target of attacks and mounting pressure which, since 2016, have reached an unprecedented intensity. Indeed, a number of academics and organisations (A. Zenz 2017-2019 ; Human Rights Watch 2019 ; UN 2019) have, for the sake of human rights, denounced the existence of internment camps in the Uyghur region in which the Chinese authorities have locked up at least 1.5 million people without trial between 2016 and 2019. In light of these events we deemed it essential to establish a structure which could link Uyghur and european peoples, a solid structure which would allow them to give life to, and to share the riches of their own culture. 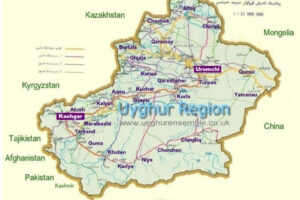 To say things in a more explicit way, we want to establish a platform for cultural, pedagogical, artistic and intellectual encounters which is accessible to everyone regardless of their age, identity or nationality. Our group is firmly believes in the preservation, the spread and the development of Uyghur culture and language: there are 15 million Uyghurs in the world, one fifth of this population being scattered around the world, this thousand year old culture is still well and truly alive today, as is the Uyghur language, one of the few to be written in as many as three alphabets! 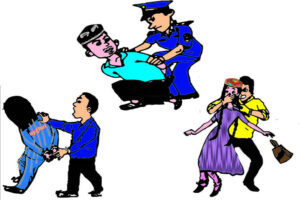 We have chosen Paris to be the seat of the EUI because, throughout the last decade, thanks to the cultural and academic pursuits of the Oghouz organisation (the organisation of Uyghur students in France) France has become the most dynamic country in terms of presenting Uyghur culture in a university environment. Thanks to the conferences highlighting the discoveries made within the field of Uyghur studies, cultural festivals, and the publication of the journal ‘Regard sur les Ouïghour-e-s’ (which is the only Western language publication on Uyghur studies), Paris has become the capital for university level Uyghur activities. For the last ten years, the Uyghurs in France have played a leading role in the diaspora through cultural activities organised in French universities. 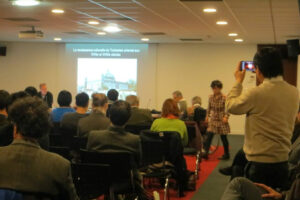 With the hindsight of these ten years of experience, of the networks we have developed and the knowledge we have gained, it became obvious that Paris was the only place to establish the Institute. Our team is made up of people having lived in France and other European countries (such as Belgium, Germany, the Netherlands, Italy, etc.) and is interested in forging links with uyghur but also non-uyghur organisations based in Europe with whom we share common values.

Who will benefit from this place?

The first beneficiaries will be the children and young people of the diaspora. For three years now, our organisation has been running mother tongue language classes for Uyghur children in Paris, an initiative which has been very successful as proven this year by the creation of an extra class this time focusing on Uyghur culture. Thanks to the work of four teachers and a motivated team of helpers, we currently run weekly Uyghur language and culture classes for twenty or so children between 3 and 8 years old. For now, these lessons are held in two classrooms made available to the organisation by the National Institute of Oriental Languages and Civilisations (INALCO). So as to accompany these children in the long term, we would like to be able to provide them with a space that they can make their own in a way that children the world over know just how to do: by making noise, singing, dancing, sticking their pictures on the wall and having a well deserved afternoon snack after an afternoon of studying. 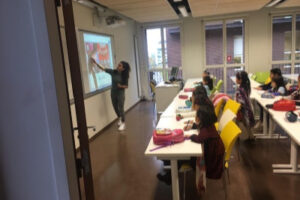 What will happen at the Uyghur Institute?

We imagine our future base to be a place for meeting new people and for warm exchanges, in the style of Central Asian tea houses. Thus, we are looking for a two-storey space where we would set up a tea house, a free-to-access library with tables to study at and a multi-purpose room either on the first floor or in the basement. So as to be able to continue to organise the events that have made our organisation the success it is today, this room could be turned as needs be into a classroom, a gallery to host exhibitions or a concert hall. Since the founding of our organisation we have organised a fair number of events ranging from painting exhibitions to traditional music concerts, as well as scientific conferences and food festivals. In our future location we wish to continue these activities while adding to this list weekly Uyghur classes for children and adults, Uyghur singing and dance lessons, as well as constant legal and administrative aide offering support to Uyghur women wishing to exercise their rights. This place will thus benefit children, adolescents and adults. Thanks to the different experiences of our members, we want to make it a place where the atmosphere changing depending on the day and the time, a place where different generations can meet and have an enjoyable time together. 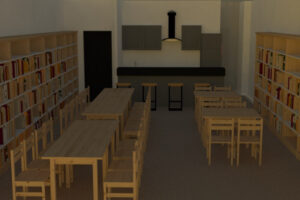 What are the promises made by our group?

We want for our institute to be a reflection of our inclusive values and for it to contribute to the shaping of an open-minded and tolerant generation which is attached to its mother culture and language, as well as to all other cultures. Henceforth, we promise to respect the values of secularism, inclusivity, solidarity and political and philosophical neutrality. The profits made by the tea house and the organisation of certain events (such as concerts) will contribute to the running of the structure. In addition to the rent and the various fees involved in running the establishment, our objective is to give financial remuneration to the teachers as well as to the people who work in the tea house and at reception. Our organisation promises to pursue its activities in a non-lucrative manner and to refuse help to organisations and institutions that go against our values and the promises we have made. 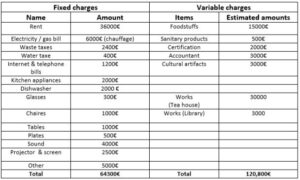 Convinced as we are that the survival of a people depends on the preservation and transmission of its patrimony, we are appealing for donations to help us finance this project that we have put our heart and soul into bringing to fruition. As a Uyghur saying goes: “drop by drop the lake fills up (tama tama köl tolar)”. Please help us with your donations and in a few months time, come have a cup of tea at the Institute to meet some people and learn more about Uyghur culture.

Thank you very much !