Shortly after the vote for the recognition of the Uyghur genocide in the French National Assembly, the Beijing Olympics began. In the months leading up to the Games, and until the last days before they began, the Institute led a campaign to boycott these shameful games. 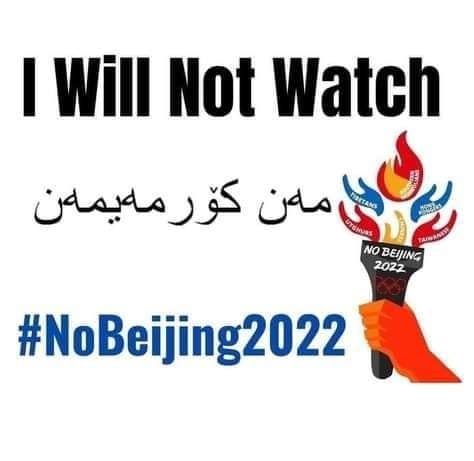 The comparison with the 1936 Berlin Olympics seems obvious to us. On this point we agree with the Uyghur activist Arslan Hidayet, who makes a simple comparison, point by point, in this video. The comparison may seem dramatic to some, but we should not forget that we look at Nazi Germany in 1936 in a very different way because we have the benefit of hindsight and we know how the situation developed subsequently. As Donald Clarke, a professor of Chinese law at the University of Washington School of Law, reminds us: 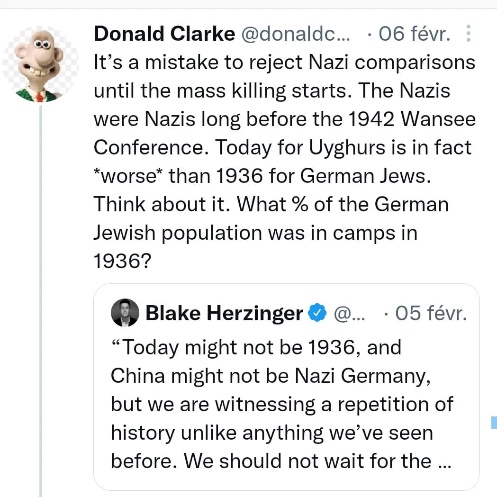 This is not a comparison to say which situation is worse, but rather a warning that again, while atrocities are being perpetrated and the situation is getting worse, the majority is turning a blind eye.

Like many other organisations, we have called for a diplomatic boycott of the Beijing Olympics, not only in the name of the Uyghurs, but in the name of all groups persecuted by the Chinese regime.

The campaign took place on social media, under the hashtags #NoRightsNoGames, #NoBeijing2022 and #GenocideGames. We led our actions with Ouighours.News, Raphaël Glucksmann, Place Publique, Students for a Free Tibet and the Committee for Freedom in Hong Kong among others. An international petition was launched on Change.org by the group No Rights. No Games. and has almost reached the 300,000-signature mark!

In France, the campaign has also led to physical demonstrations such as those held in Paris and Lyon on Saturday, January 29.

Here is the public statement co-signed by the above-mentioned organisations and a number of political parties: 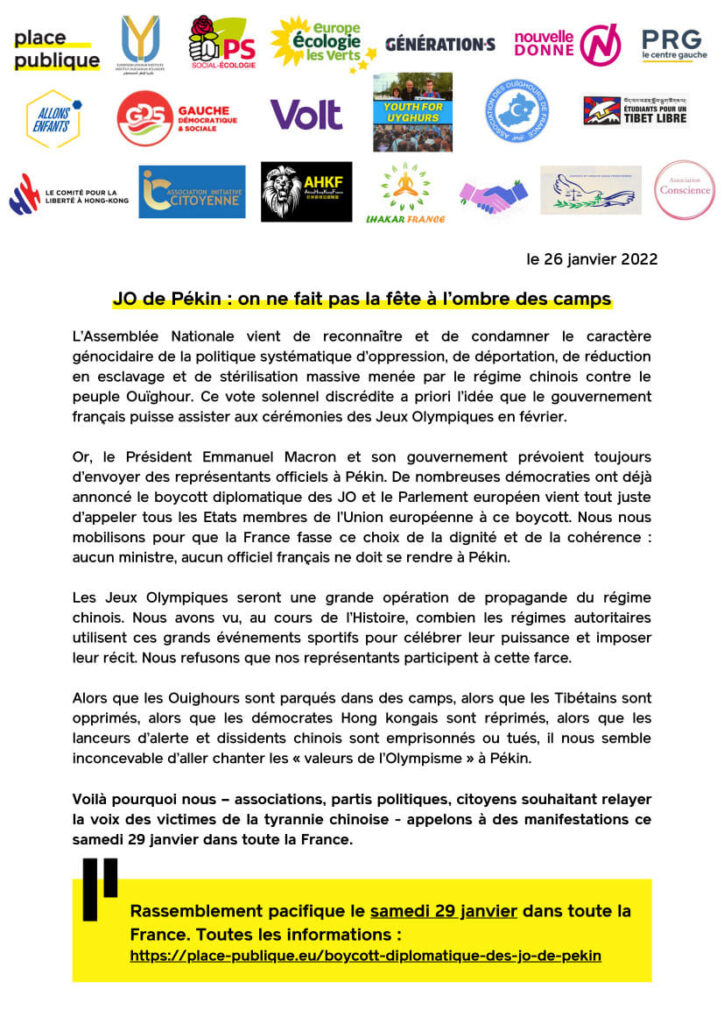 The first country to announce a diplomatic boycott was the United States, followed by the United Kingdom, Canada, Australia, New Zealand and Lithuania, then Denmark and the Netherlands.

France, for its part, declared that it would not participate in this diplomatic boycott and intended to send Roxana Maracineanu, Minister for Sport, as its representative. She declared that she would go “without any qualms”. However, in the end she was unable to go because she tested positive for Covid-19 in a test carried out before her departure as part of the compulsory health protocol.